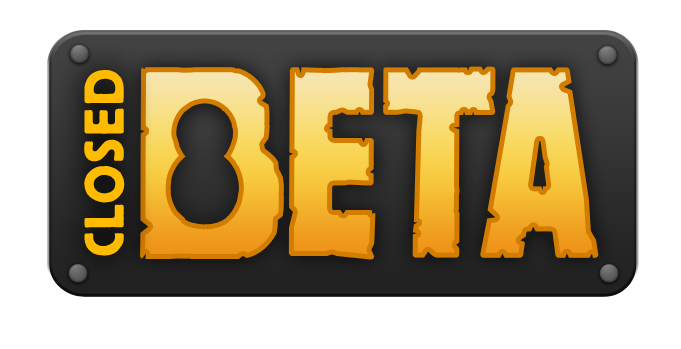 The beta has finally arrived, but before you begin building up your dominion, let me tell you all a secret about betas… are you ready?

The 8Realms beta, like all beta games, is not completely finished or polished.

First, don't panic, this is all well and good. If you take part in the beta, not only will you be helping us, but you will have a genuine opportunity to shape the final product. We have all core functionality in place and we have done loads of internal testing, but it's still a beta.

The beta system, which came from the early days of IBM, defined the basis of what we consider to be the modern software release cycle. The purpose of a beta is "to verify that the product correctly performed the intended functions and could function at scale".

Now, from a technical side, 8Realms is pushing more than a few new frontiers for us. 8Realms is running on a new web framework and technology developed in-house at Jagex. Likewise, it's the first HTML browser game we've written, which increases the level of our technical challenge. To be honest, the biggest and scariest monster in the room is still the sheer scale of the game.

We have load-tested, stress-tested, thrown bots at, and even read poetry to our servers and, so far, they don't seem to have had too many mental breakdowns. I have noticed some bad haiku in the pack logs, but that might just be the coders losing their own sanity. The development environment is very different to the real world, however, and we are all on the edge of our seat for the 5th May and a real live test.

At the moment, the team is working as hard as possible to ensure no big explosions send us flying across the room and disrupt your experience. Chances are, however, that a few gremlins will crawl into the boxes and munch on the CPUs, such is the fun of development.

Game Design is a tricky thing; "a science of numbers, systems and human behavior" is my favourite definition. In the past, before the release of console games, I could confidently say that I had played through the game so many times I knew each step off by heart and the QA team had played it even more. The scale of 8Realms makes this very difficult, not to mention you cannot emulate thousands of players, all interacting, all at the same time. Do the game mechanics scale?

I hope so, and to test the behaviours we've run several games internally, most at accelerated speeds. Humans are, on the other hand, wonderfully unpredictable and ingenious subjects, and I fully expect at least a few genius play-styles or abuse patterns to be exposed in the closed beta.

What does this mean for you?

Well, 8Realms is a product still in development, so there are going to be a few rough edges. Every bug report you send us, every bit of feedback and every day you play helps us make a better game and lets you influence 8Realms. It's an exciting time for us and we hope for you as well. The 8Realms team will stay in touch; we hope to make this an open and fun process for us all.