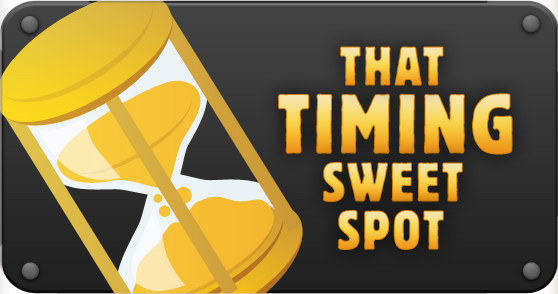 How long is a piece of string?

That was the question posed to Mod_ThatJim and me when we started looking at the timescales in 8Realms. Now, when we first sat down with the concept and took charge of the project, the number of six months was being thrown around for the average game length. Well, at first we needed to test things, and test them fast. We cranked the numbers so a full game took about two weeks, and we started running several internal games. Quickly, Jim and I agreed that six months was too long. There just wasn't enough content there to span the period. We started talking about three to four months, mapping out the critical path actions that constrained players. There are a few key time constraints in 8Realms:

Now, those are only the core timings, and a spiral of interconnected numbers spans out to create the complexity of 8Realms. At present we use upwards of 15 spreadsheets filled with formulas to try to model the key timings, and even then it's only a rough model.

Two things quickly emerged from our tests. Most people in the playtest only wanted to commit a few minutes in the day to 8Realms, and play sessions tended to be spaced 4-10 hours apart, regardless of the speed we set the game to. We liked this and catered for it, and this played out nicely to what we estimate to be roughly a three month game.

Another thing that emerged was that some players LOVED the high speed game. So we started talking about what we would need to do to make 8Realms playable at a LAN over a timespan of, say, 24 hours. We have some interesting ideas there. At present we've put them to the side to focus on the core timings, but watch this space. :)

Once the three month figure was agreed, we started balancing out numbers and finding the points of frustration. For instance, armies needed to be faster, resource transfers used to take hours, we made core buildings slower, while resource buildings needed to have quite quick build times earlier on. We tried to match that to research times and gold income.

Occasionally, a curve ball was thrown at us in our playtests, which would break our numbers. One Jagex employee managed to get the maximum number of luxuries unchallenged while optimising their research, and they just broke the game.

So, where do we stand at present? Well, the Closed Beta has a lot of goals, but the key one for the design team is to iron out the balance and timings. I'm currently sifting through reams of data, forum posts and general information trying to find patterns and identify weak points. It's only the tip of the iceberg for us, but it is extremely exciting and I hope to share some of my insights with the community in the near future.